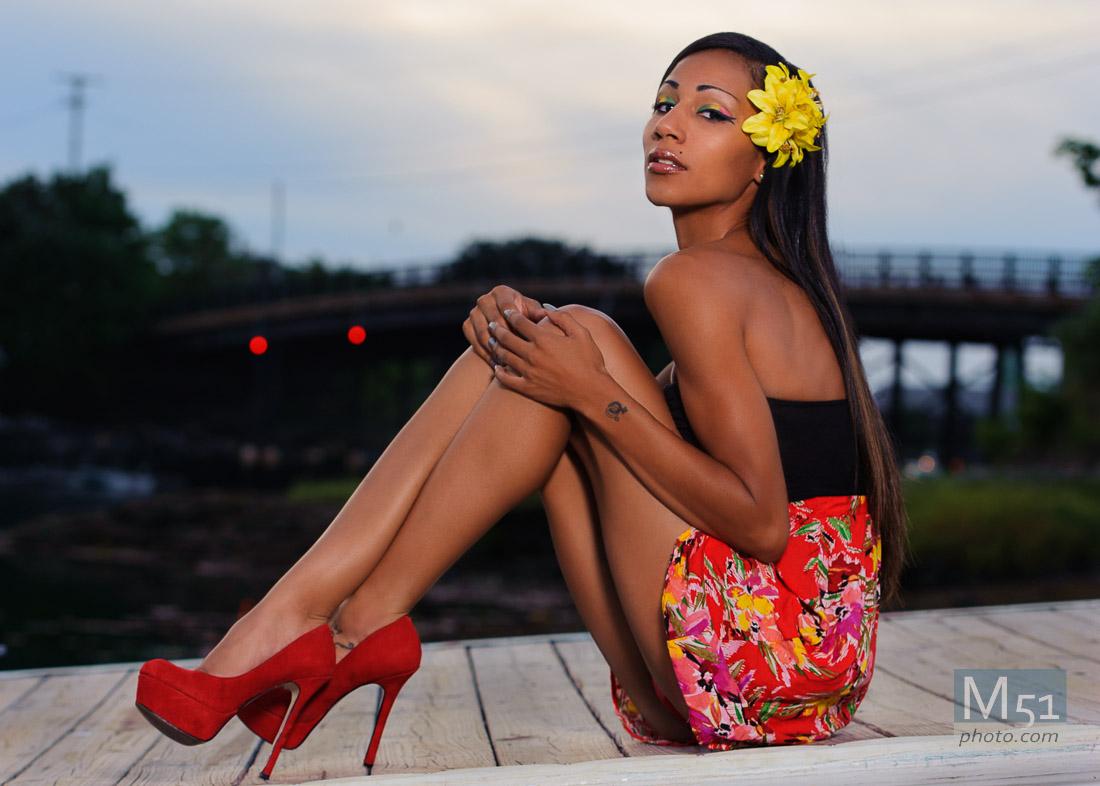 I spent way way too much money on photo gear, but now I have it and it really is as awesome as you might think. However as I get better I’m learning to do more with less and if you need lighting on the cheap, there are ways to do it without breaking the bank. I recently did the below outdoor shoot and used only $200 (US) of lighting gear (click on a photo for a larger view). I have plenty of options for lighting including Paul C Buff studio lights with Vagabond battery packs and really nice softboxes, but in the end for this shoot I used a small setup with a single speedlight for the lighting. The results were fantastic! That got me to thinking, what was the cost of the lighting kit that I actually used (make sure to see my “Danger Will Robinson” section at the end)?

Here is the exact lighting equipment used on this shoot
(note prices are in USD and fluctuate daily, expect $200 +/-):

All assembled the above made a perfect portable lighting kit. Having a gorgeous model who knows what she is doing, a great camera/lens and good post production (editing) made the entire shoot come together, but the lighting was cheap and didn’t break the bank. In the end the subject and the light are what make the photograph so don’t skip learning/using lighting.

This shoot was at dusk so I had more than enough power with a speedlight (this setup probably won’t be enough in bright sunlight, you’ll need a lot more power to overcome the sun). I also knew I would be shooting female skin so I knew I wanted to soften it. My handy 16″ speedlight softbox w/ bracket for $26 was in order. I also have Nikon SB-600’s, (the last of the Nikon affordable flashes) and Vivitar 285HV’s. I chose the Vivitar 285HV for this shoot because it actually outputs slightly more power than the SB600’s.

The Q&D Magic Formula for Manual Mode:
How do you meter the light? I didn’t bring or use an external light meter for this shoot. In this case I used the light meter from my camera since the ambient (background) light was part of the shoot. Prior to the shoot I took a sample photo in auto mode to get an idea on exposure. I then took note of the Aperture, Shutter and ISO. From there I put the camera in full manual mode (M for Nikon and fixed the ISO) and used the settings from my test shot as a starting point in manual mode. I then dialed it back in the camera slightly making the background darker / underexposed (reduce ISO -or- increase aperture -or- increase shutter speed) and then turned the flash up until I had what looked good in the LCD for Sarah – about 1/2 power (I know – don’t use the LCD for exposure).

As the shoot went on, the sun was setting and I had to watch my histogram and the LCD and adjust as time went along adjusting exposure in the camera and then somewhat the flash power and distance of the flash to Sarah. To get an idea of how dark it was you can see the lights on the bridge in the background. For this shoot I used my shutter speed to control ambient and you can see from the first photo the last photo my shutter getting progressively longer/slower, starting at 1/125th, then going to 1/80th then finally 1/40th.

That’s it, that’s what you can do with $203 worth of lighting equipment and that got me the first half of the shoot.

Now that I have you all pumped up to buy a lighting kit, don’t just assume you’ll get these photos with just a lighting kit and your camera. You might, or you might not. I’m not a natural photographer, I have to work at it. You are going to hear a consistent theme from me about the framework of tools that you will need to pull off great shoots.  You are going to need:

So that’s it in a nutshell in terms of a basic lighting kit.  Read on for all the disclaimers about this particular setup.

Danger Will Robinson! Remember the old adage you get what you pay for? This is a great kit to get you started and learning about photography. Most of it is reusable in other areas like the softbox (It will actually fit a Paul C Buff strobes) and the triggers and lightstands will also work for studio strobes. But the Flash is low build quality. Since the shot is all about the light, its all you need to get started. But you would never every put this kit into a rental fleet. If you are hard on your equipment you’ll get less time before this breaks.

Don’t even think about doing a shoot without sandbags, especially if you don’t have an assistant. I had two sandbags and they worked perfectly and without them I could not have positioned the lighting properly. But thats not what bit me on this shoot, the sandbags worked great. My failure was my own fault. After the first set of shots we were changing locations and I failed to tighten the flash head to the stand properly. Plunk, it went down on the ground with softbox and flash all combined together hitting the hot-shoe directly on the ground. Picking it up I realized it snapped the hotshoe in half. That was the end of this flash for this shoot. Would my Nikon SB-600 have fared better? I don’t know. My SB600 might have broken and left me with a large repair bill. 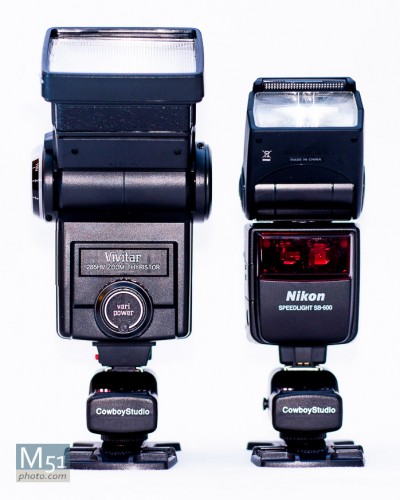 Don’t buy this setup and think its all you need to shoot weddings or to operate a mission critical photo shoot. The caution is backup equipment. Without another flash, the shoot was over, done, no more, no options left, pack it up and go home. Instead I went to the trunk of my car and pulled out a spare 285HV and off we went on to capture the last few images of the night.

If you do your lighting on the super cheap just keep in mind your options when something fails. If your just messing around and can re-do the shoot at a later time, you can get away with the minimum. If its important, make sure to have backup gear. If its really really important (ie a wedding) have backups to the backups (seriously). On this shoot my D700 was backed up my my D7000 and a nifity-fifty 50mm f1.8 lens. My two Vivitar 285HV’s were backed up by an SB600. More importantly I have shot with all of this equipment and can use it in any combination to take care of business.

The dropped flash head, as it turns out, you can buy replacement hot shoes for $5 from B&H photo shipped. In the land of photography this is like finding change under the floor mat of your car. OMG replacement parts for $5? Worst case a new flash for $87. If this had been my Nikon SB600 it might have survived the fall as its much more durable. But the SB600 might not and if it didn’t I bet by the time I was all done I would have paid well over $100 to get it fixed.

Final note. I’ve never connected the Vivitar 285HV to my camera body. It supposedly can do it but its really just a cheap flash for manual off camera shooting in my book. I’m not sticking it on my expensive camera body. The Nikon flashes are way way better for several reasons and if I mount a flash to my camera body its not the Vivitar. 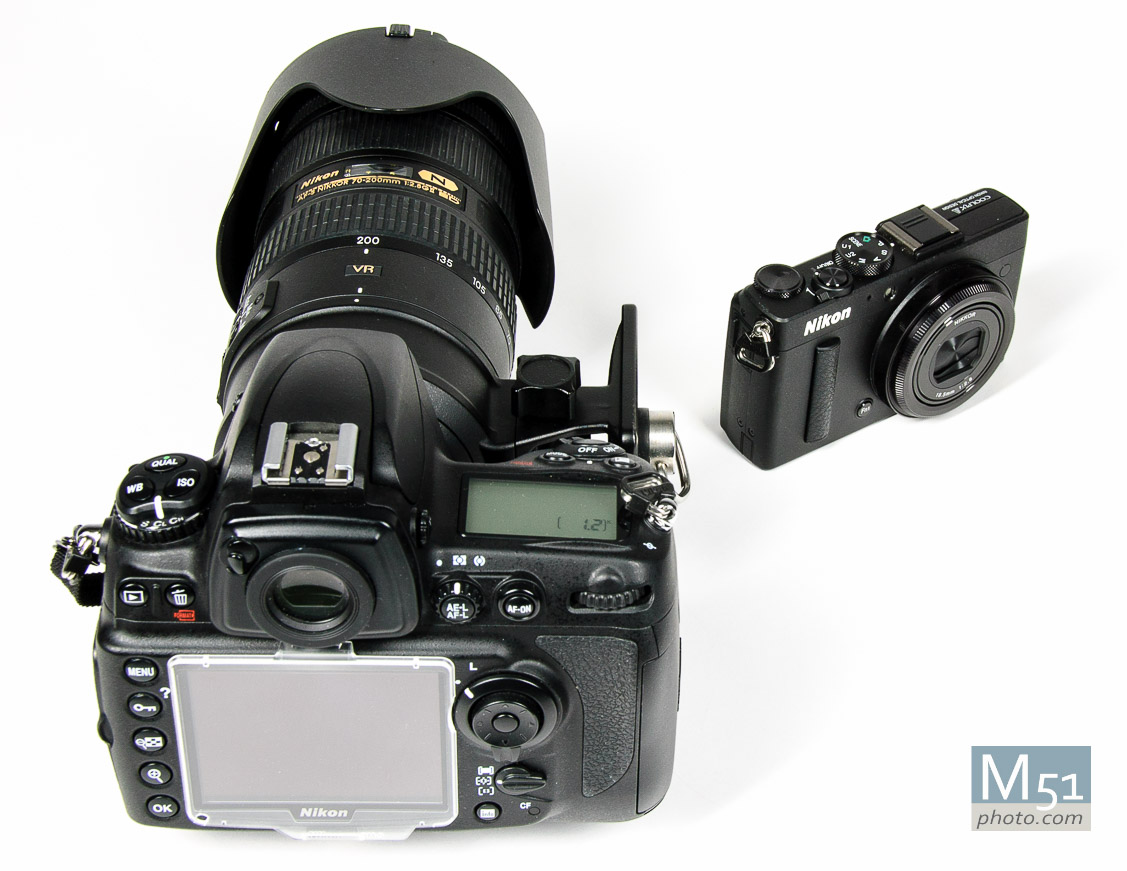